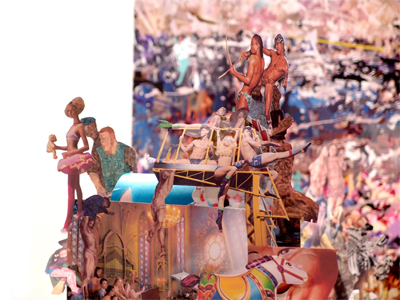 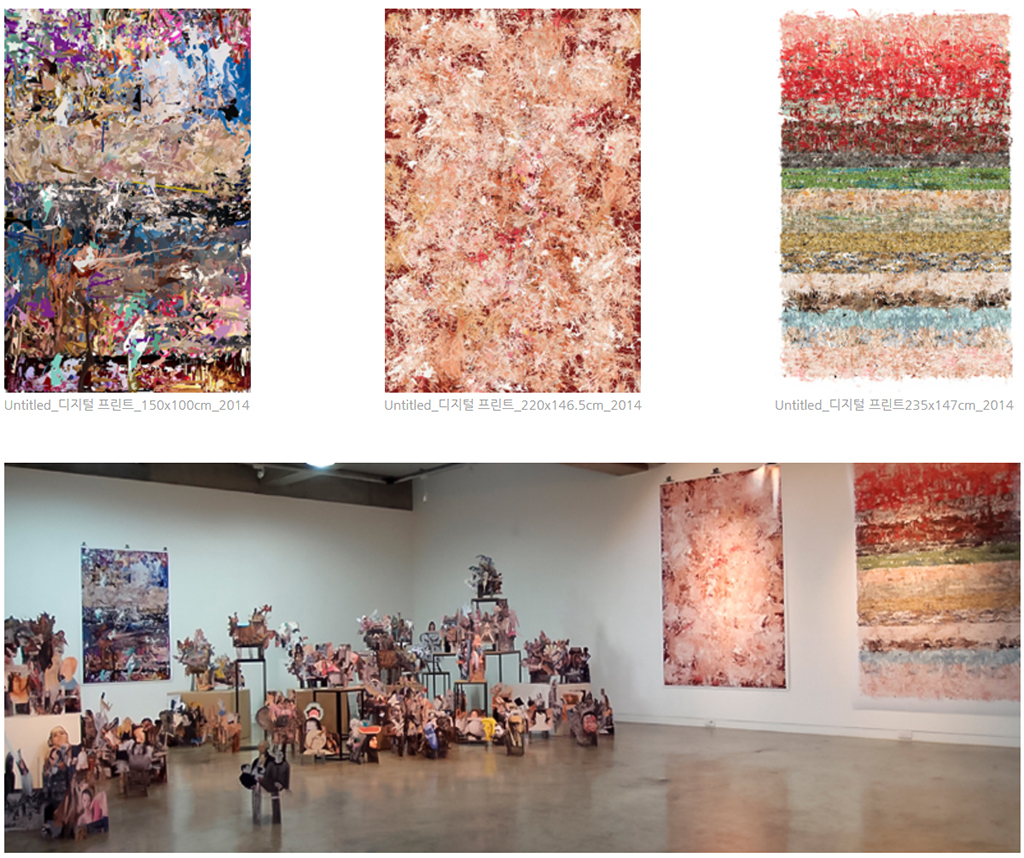 YUNSEOB KIM’s ‘The Hell’ Have you ever imagined seeing, hearing, and feeling things clearly when entering the gate of hell in an illusion of which you had to fumble around for something to detoxify the poison that you swallowed? Is it possible that you could still be conscious enough to be a voyant about whom Arthur Rimbaud(1854~1891) mentioned in his letter when you are enslaved to a demon in a state of a hallucination?
Yunseob Kim, who is in his early thirties, is like a portrait of a typical young artist in these days as Arthur Rimbaud was in his lifetime. He encounters Rimbaud who got poisoned into a hallucination and experiences what Rimbaud might have experienced while being poisoned. What does the illusionary image that he or Rimbaud saw while being poisoned look like? If he sees things that belong to hell while experiencing lots of things to be a seer whom Rimbaud once gave a definition of, is it better for him to recognize hell than to not know about it at all?

Poets are those who are very sensitive and sophisticated enough to tell us secrets of the world with their own language as an alchemist. Yunseob Kim shows us afterimages of an unknown world that could be both his reality and an illusion that Rimbaud might have seen. In an illusion of kissing a demon and being poisoned he becomes someone else who watches himself getting hallucinated without knowing what reality is and who the person that he sees is.

‘The Hell’, an exhibition organized by Artspace Purl, is about images of an artist, Yunseob Kim who meets with Rimbaud in an imaginative space and sees himself living in the present with Rimbaud’s own eyes. Encountering Rimbaud while living in exile, he tries to describe that the sweetest moments of his life could be scenes of a hell by representing unknown images on the Internet and reflecting what he realized in images made by photographers whose photos are often used in book covers of famous magazines. He was impressed by a movie, ‘Total eclipse’, which is based on Rimbaud’s self biography and started making images of the gates of hell and those of a seer who, according to Rimbaud, has to experience everything to be able to foresee the future.

He explains that the exhibition, ‘The Hell’ is to try to go back to the time when Rimbaud lived and become Rimbaud to see himself in the present with Rimbaud’s gazes so that he can think of the meaning of his life more clearly, not just to try to repeat as Rimbaud did in his lifetime. He made artworks of three-dimensional collages and abstract images of the hyperplane, which is what he names as his work of art and explains about the process of making his work that is composed with numerous divided shades even though each shade looks different from one another.

Since settling down in Itaewon after coming back from artists’ residence programs he has started getting accustomed to a new style of life, in which he feels that an illusion is related to reality that looks exactly like an illusion and realizes the more realistic life compared to those in artist residence programs. In a place where he works as an artist and manages his reality he shows us the huge burden of his life through his work of art.

As Rimbaud considered a time that he spent in hell both the most difficult and the happiest he says that his life that is in between an illusion and a real world might have been similar to Rimbaud’s. I think that the hell that Yunseob Kim sees is in here, our reality where we place our feet in, not where we experience bad things, feeling painful, and imagine heaven that is the opposite place to the hell that we face.

The exhibition, ‘The Hell’ will be organized with his works of three-dimensional collages, those abstract images made of the shreds of his collages, 143 drawings done with a pen (he spends about 4~5 hours on completing only one piece of drawing), and a piece of an oil painting.